Cryosurgery (also called cryoablation or cryotherapy) is a clinical technique that has been introduced to treat prostate cancers early in the 1960s. It is based on the Thompson-Joule phenomenon, and works by decompressing very rapidly a gas (generally argon) through a needle-like probe. The cryoprobes are small, hollow, cylindrical devices of about 1.5mm in diameter, and may be put into the tumor during laparoscopic surgery or percutaneously under image guidance. A ball of ice crystals forms around the probe, thus immediately leading to cellular death of the surrounding tissues. Cryosurgery often involves a cycle of treatments in which the tumor is frozen, allowed to thaw, and then refrozen. The procedure will continue until all tumor tissue is frozen to a temperature of approximately 233K to 248K. 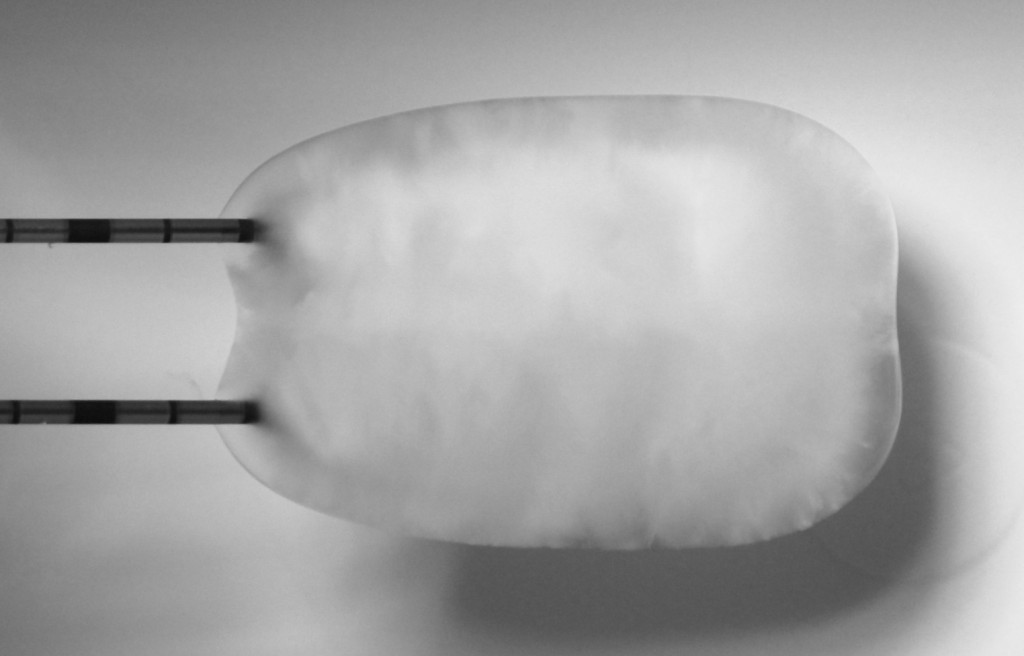 This technique has been applied to treat many kinds of tumors, such as breast cancer, primary or metastatic liver neoplasms, renal, lung, pancreas, and prostate cancer. The volume of the ice ball must be slightly larger than the volume of tumor to ensure the effectiveness of cryosurgery but minimize freezing damage to nearby healthy tissue. Knowing that there are about 6 different types of cryoprobes each producing a different ice ball size and shape, the size and shape of the ice ball produced by a single probe can vary significantly.

To guaranty an optimal tumor ablation, it is quite obvious that a very careful planning must be performed to define the best position for each probe as well as the type of probe. This planning is currently done qualitatively, based on experience, and can take several hours, with a result that is often different for the expected one. To solve this important limitation of cryotherapy, a few planning systems have been proposed in the literature. Currently, commercial systems are nearly non existent, and emerging tools are limited to a visualization of the isotherms obtained for each probe in ideal conditions (usually in a gel). They do not account for any influence of the soft tissue properties, the presence of blood vessels, or the combined effect of multiple probes. As a consequence, large safety margins over 5mm need to be planed. More advanced approaches have been proposed recently in the literature relying on the same equation describing the heat diffusion through soft tissues. The main criticism of all these different approaches is that they do not address some key requirements for being used in clinical routine.

In the context of a IHU-NHC collaboration in Strasbourg, we developed a framework able to first virtually move cryoprobes and then see the resulting ice-ball. This tool aims at offering a more accurate estimation of the ablated area. This work is still on progress in order to build a functional planning system. Do not hesitate to contact me for any additional information. 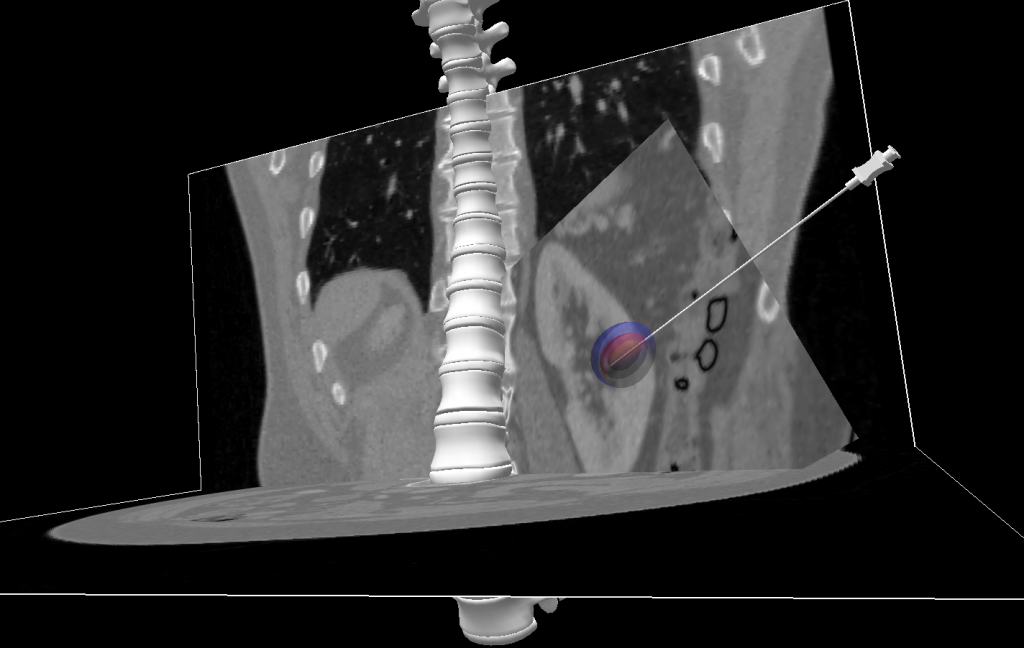 Framework of our cryo-therapy planning